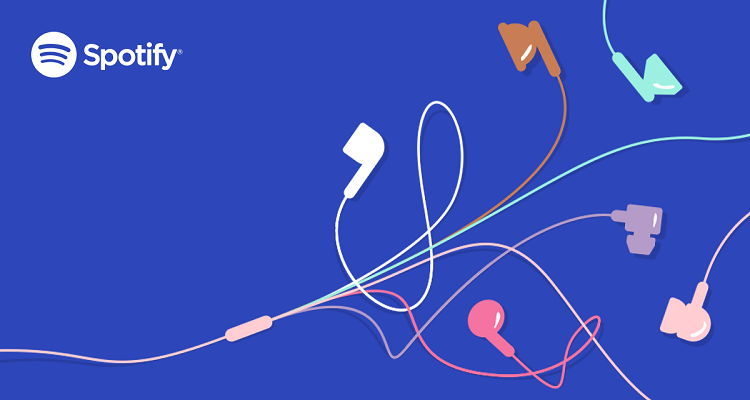 For some additional insight into your favorite D&DDT characters and players, we’re rolling out a playlist series to help capture the vibe of the folks making rolls for you every Wednesday.

Time flies when you’re having fun, and then it gets reversed by your wife when you’re a few weeks late for dinner, so this week, it’s Professor Jakob Strongbrew. You can check out all of the Tasty Boyz playlists on the official D&DDT Spotify account, or listen from the comfort of this website using the embedded playlist below.

What does it all mean? Here’s King with the play-by-play:

How could I play a character that is roughly ‘science’ driven and about breaking down the norms without this little ditty?  While it may not fit exactly where the rest of the character’s arc goes I think it really fits the overall feeling of the idea of “magic and technology”, finding out what is behind those “vault doors”, and just what happens when we toy with things to unlock their full potential.  With these two characters that ends up being the crux of who they are in a lot of ways so it works.

The Math Song by The Darkest Of The Hillside Thickets

First off The Darkest Of The Hillside Thickets should literally make it onto any playlist ever.  This one works since it boils down to these wild equations versus the idea that “nobody really needs another love song”.  Both the Professor and Brutus are torn by their love/loathe relationship with their mysterious Chronomancer wife who plays as the onus for their transformation.  She is the root of one’s tortured existence and the true warden of the other’s current existence.  As we go along it gets harder and harder to tell which is which.

This is the moment when The Professor realizes that he has to let Brutus out for the first time.  The realization that his desire to go back into this ‘heroic life’ might not be so noble after and instead some sort of mid-life crisis and when confronted with actual danger, with potential death he doesn’t have the conscious, in his wife or friends, or the will to deny Brutus.  So he uncaps the potion and we are all off and running!

Finally after being bottled up inside The Professor for unknown amount of time Brutus is out like a force of nature.  He is pure id, all in a mad rush to grab the world and shake it for all it is worth.  The whole interaction(s) with Hank were purely improved as Clark and I did not discuss them at all.  It just felt natural that Brutus knew Hank and maybe was the worst Uncle known to Half-Orcs.  Together they just were pure fury and mayhem during a runaway caravan robbery.

Once there is a reversion to The Professor the proverbial cat is out of the bag.  Only Hank had any idea just what was going on and since he has his own secrets he is keeping close to his vest he isn’t in any hurry to spill anything about his “Uncle(s)”.  At this point I started to think of this character in a different fashion and the ‘twist’ officially formed in my head as did the backstory.  I stopped thinking of them as Banner/Hulk and more as Jekyll/Hyde.  From there it was just a matter of trying to make that interesting to not just my fellow players, but hopefully to anyone who listened as well as myself.

I think there comes a point in The Professor’s arc where the seams start to snap and Brutus starts to come out more and more.  I wanted desperately to portray The Professor as a good man who was at the end of his rope mentally; alone, desperate, and in need of purpose.  The perfect prey for the predator inside him.  I wanted The Professor to be so out of practice, so unsure of everything, and so dependent on a significant other who was/is so much more than him that he panics and in that he goes to the only thing he knows will work, violence.  And that violence is Brutus.  I think if we were a group that played a bit more serious game I would have played up the allegory for drug use a bit more as well and played Brutus even nastier.

Butchertown by Hammers Of Misfortune

Moving into Ole Chicago and seeing the death and horror of a populace that undergone what was the equivalency of a monster natural disaster made me instantly think of this miserably beautiful song.  This idea that even the walls, the stone, had been decimated by the Hydra, who wasn’t even the real threat in the region, gave weight to this idea that we were facing something where the stakes were significantly high.  Throw in the fact that the politics of the Xavier’s came off as complicated put the Tasty Boyz at risk.  The line, “Something in the air down here describe it if I could.  I don’t know what it is, but I know it isn’t good.  Something in the air down here I wish I could explain.  I don’t know what it is, but I know it isn’t sane.” perfectly hit me as our band wandered these bloody streets, mindlessly looting, and at the same time preparing for something far more.  It really felt like we were heading towards an ending of some type which was foreboding.  I give all the credit to the other Players and The Beard on that.

Gimme Some More by Busta Rhymes

Oh how the best laid plans go awry.  A Hydra who we needed fire or acid for and we didn’t really plan for it.  The Professor instantly panics and gives into Brutus who goes into full blown bloodlust mode and in all honesty I wasn’t sure would survive as I couldn’t seem to do much to the beast.  It was this wonderful opportunity to cut loose and go crazy as a PC and do wild stuff.  I am always telling my Players to drive their PC’s like they stole them, and for this session I followed my own advice.  This song also bleeds into just the idea that Brutus wants it all, but more.  More blood, more violence, more loot, more time, and secretly more love.  Honestly, I thought The Professor and Brutus were going to help off the Hydra, but die in the process.  Luckily(?) Digger & The Void had other plans.

After Hours by Electric Six

When you have an insatiable monster who doesn’t really need to sleep let loose to loot in a mansion you get the opportunity to have some fun.  Once I could take the ability to half my sleep from eight to four I knew it was perfect for Brutus to loot in order to start a war chest as he has/had plans to get some serious bloody vengeance against the Berks who wronged both he and his boy, “Hankypoo”.

Surprise! Your Dead! by Faith No More

I am not sure any song encapsulates just where The Professor and Brutus get to in their relationship more than this.  The Professor at this point is pretty desperately falling apart, while Brutus is growing stronger and starting to solidify his position in the Tasty Boyz.  It was pointed out to me that there was this strange dynamic in the group that half the group were pro-The Professor and the other half pro-Brutus.  I think if that was indeed true then it worked out perfect.  We should also be able to see in ourselves, especially our role playing selves that potential for unbridled and inconsequential violence, while The Professor is everything else; our regret, our fear, our uncertainty, our needs.

Clean My Wounds by Corrosion Of Conformity

At this point I knew I was speeding towards the end of this character’s run.  There was a bit of the reveal that The Professor wasn’t the prime personality and that Brutus was actually the true prime.  I don’t know if I went to subtle with this or not.  The Professor was broken down at this point and barely hanging on.  Brutus on the other hand was chomping at the bit for what he saw as the next big score, The Dragon.  My only wish is that I would have gotten more time to play off the strange relationship between The Professor/Brutus and Hank at this point.  I wanted to be able to show that The Professor was proud of what Hank was trying to do, and that Brutus, while also proud of his ‘nephew’ was desperate for someone to cause havoc with.

Right Where I Belong by Baroness

The inevitable arrival of The Wife.  The Professor is broken and Brutus realizes that the jig is up.  How do you fight someone who can literally turn back time?  And what does it say about a character who can and could go back and change all this with the person they Love, but doesn’t.  “Here’s the rub there is no difference between poison and the cure.  When the one tastes great it’s a crying shame, that I’m back where I belong.” I think speaks to the situation perfectly.  She wants them both, and you can’t resolve a completely broken person as they are, so she’ll take the parts as best she can get them.  The Beard and I discussed the idea of how this person would just be almost imperious over the idea that her husband had wandered off into trouble while she was off doing whatever mystical things one does why they look into the mysteries of time itself.  I saw this in my mind’s eye as a bittersweet moment as Brutus gets a moment of bliss as she basically cages him again.  A rush of memories of their Love, and it is real, but it is also the thing that is his undoing.  And The Professor, the broken idealized mild version, the lock on the prison, is put back into place.  For now.

The Long Slow Goodbye by Queens Of The Stone Age

A confused Professor taking his leave to convalesce and be back under the watchful eye of his wife and his counterpart paces like a panther inside his own body waiting for an opportunity to get out again.  The Beard and I have talked about it and I will be recording ‘Letters’ from these characters to the group as a way to get across some of the final thoughts of where things ended since the Chronomancer just came in and plucked them from Ole Chicago and left the Tasty Boyz in the middle of a new danger.  This was purposeful.  It was to show how powerful she is, and I think it leaves enough questions that there are threads to come back to at some point.  The Professor sits knowing that his goodbye is long and slow because he can’t keep Brutus inside forever, and in reality he may not want to.